H an interpreter from Afghanistan has been helping out at the Center this week. Every morning and afternoon refugees arrive from the nearby Vial camp- and H is there to greet them in 1 of the 5 languages he speaks. Always

A family arrives at the Center.

joyfully and helpful and with a large dose of humor. Today I got to talk to him and hear his story.

Today H is 19 and when he was 15 he left his family to find a better life. The Taliban had taken over his town and life became unlivable. Imagine the life circumstances that has a mother sending her 15 year old across countries and seas because the life at home is so unbearable.

H crossed borders and finally the sea to arrive in Chios 3 years ago, he was sent to Vial camp and was almost immediately resettled in Norway because of his “unaccompanied minor” status. For over 2 years he thrived, he worked hard and became fluent in Norwegian and English. He studied hard and was preparing to attend University. 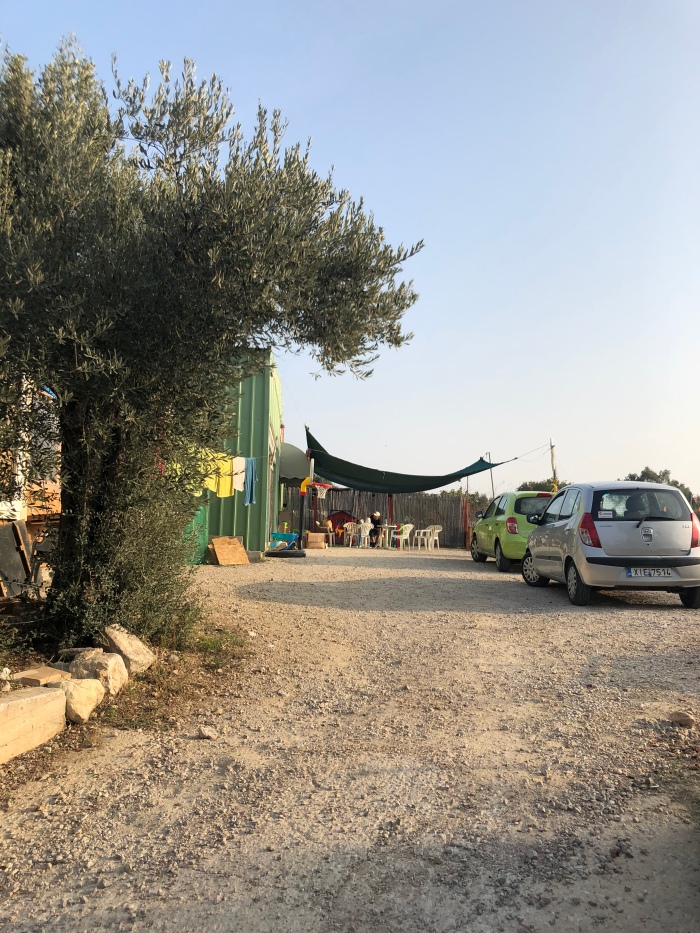 Walking up to the Center-

After his 18th birthday he was walking home from school one day and was picked up by the police, and placed in jail for the night. He was not allowed to go home and collect his things. Thankfully he had his phone and computer with him. After a night in jail in the town he had come to call home he was put on a plane with 3 Norwegian police men and was flown back to the country that has just a memory to him.

No money, dropped in a city he had never been to, and no connections as his family. He lived on the streets for months before he scraped enough money together to make the journey overland once again.

A few months ago he landed for the 2nd time on Chios and was placed in Vial camp. This time he applied for asylum in Greece and it was granted last week. Soon his paper work will clear and he will go back to Norway, not because they want him, but because it has become his home.

His dream is to continue his education- there is a small NGO that runs school for children in the Chios city center, an hour walk 1 way from the camp. Sorter if you can catch the bus. But because the demand for school is so great, and there are not enough hours in the day the maximum a student can attend school is 3 times a week.

H is the same age as our son Max. Similar in stature and tenacity their lives are as far apart as can be in so many ways.